In February 2020, the United States signed a political agreement with the Taliban that laid the foundation for the withdrawal of Western military presence from Afghanistan after nearly two decades of intervention, state-building, and financial support. This agreement (and subsequent U.S. diplomatic activity and military drawdowns that progressed until the end of the Trump administration’s term) drew a wide range of critiques from Afghan leaders including President Ashraf Ghani, donor nations and NATO partners, and regional states. Events prompted all invested actors to seriously consider the impact of a potential sea-change in U.S. engagement. While the Biden administration announced in April its intent to unconditionally withdraw military forces (prompting the same move from NATO), much remains unknown about the future extent of US and Europrean security assistance. Afghanistan’s future beyond 2021 is highly uncertain.

In light of the past year’s events, this thematic report synthesizes the findings of a project exploring the scenario-building and policy planning on Afghanistan of several regional states, as well as the European Union and the Transatlantic (or NATO) engagement, in anticipation of the U.S. military exit and reduced U.S. assistance in the future. This project facilitated discussions among a diverse set of active and former officials, policy opinion leaders, scholars, and subject-matter specialists of nine different powers that neighbor or are engaged in Afghanistan’s regional security complex. These discussions, additional expert consultations, and a thorough literature review laid the groundwork for a series of nine policy briefs that outline neighboring states’ approaches to the political, economic, and security challenges likely to grip Afghanistan and the region in the coming years. 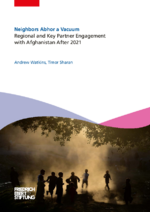 Regional and key partner engagement with Afghanistan after 2021
Kabul, 2021 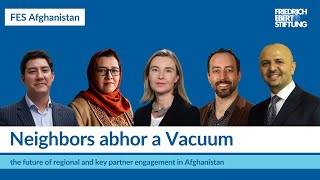